Explore the History of The Chagas Disease 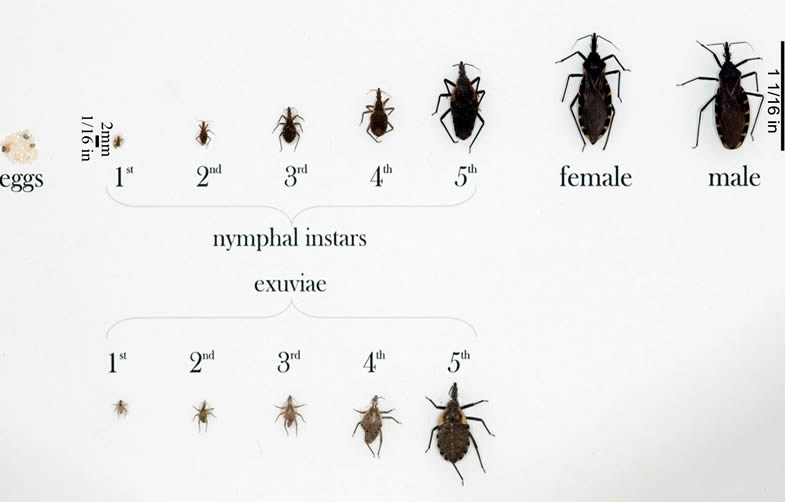 Although the presence of triatomine bugs known to spread Trypanosoma cruzi and many of the symptoms of Chagas disease have been written about since the 16th century (see F. Guerra, “American Trypanosomiasis: An Historical and a Human Lesson” for a detailed account), the process of understanding the disease truly began with the work of Carlos Chagas (1879-1934), the Brazilian doctor who identified the cause of the affliction in 1909 in northern Brazil and for who the disease is named.

After completing studies at the Medical School of Rio de Janeiro from 1897 to 1903, Chagas studied under renowned Brazilian parasitologist Oswaldo Cruz at the Serum Therapy Institute of Manguinhos (later renamed the Oswaldo Cruz Institute), initally focusing on malaria, then family medicine. His return to malariology in 1906 brought him great recognition in the field and in 1908 Chagas was invited by the Central Railroad of Brasil to investigate the deaths of railroad workers in Lassance, from what was at first believed to be malaria.

Chagas and his colleague Belisario Penna quickly became aware of the abundance of vinchucas or triatomine bugs in the area (also known as barbieros or “barber bugs” for their penchant of drawing blood) that were known to bite humans at night, especially around the eyes and lips, earning them yet another nickname: the kissing bugs. In the gut of the triatomine, Chagas found a eukaryotic, flagellated protozoan similar to the parasite that causes African sleeping sickness. At first Chagas believed the parasite to be Trypanosoma minanense, which he had previously discovered in the monkey Callithrix penicillata. Chagas sent infected triatomines back to the Oswaldo Cruz Institute where they were used infected numerous animals, including rabbits, guinea pigs, dogs, and monkeys. A look into the parasites’ form within these animals led to the conclusion that this parasite was in fact different from T. minanense. After further research into the transmission of the protozoan, including the discovery of a 2 year old girl that contracted it from the triatomines, Chagas identified Trypanosoma cruzi as the cause of American Trypanosomiasis (later known as Chagas disease) in 1909.

Chagas’ discovery is not only unique in its ‘reversed’ nature (having discovered T. cruzi prior to identifying the disease caused by the protozoan) but also for its comprehensive scope. His work, however, would have been impossible without the support of the distinguished group of scientists that surrounded Chagas at the time, including Cruz, Adolpho Lutz (entomologist), Max Hartmann (protozoologist), and Herman D’rck (pathologist). Chagas assuredly had his misconceptions about the disease as well. Chagas believed the protozoan was transmitted to a human host through the bite of the triatomine – an assertion countered by Dr. Emile Brumpt who correctly asserted that it was instead spread by fecal contamination of the bite site. Chagas also believed endemic goiter to be a manifestation of the chronic stage of the disease. Many in the scientific community, especially Rudolf Kraus, disagreed strongly and called into question the very existence of the disease. Goiter was in fact proven not to be a symptom of Chagas disease although the disease most definitely exists, an assertion to the contrary which strongly damaged Chagas’ findings despite being largely corroborated after his death.

Despite this damage, Chagas was awarded the Schaudinn Prize in recognition of some of the best work in parasitology and tropical medicine in the world in 1912. Respected for his commitment to tropical medicine and his intimate knowledge of the areas in which he worked, Chagas remains a renowned man in the science world, and his research on American Trypanosomiasis continues to be unique in its holistic nature.

Chagas disease is also known as Chagas-Mazza disease throughout Argentina to mark the contributions of Argentine doctor Salvador Mazza’s to the study of the disease. When Chagas’ findings were being questioned, Mazza documented widespread cases in northern Argentina beginning in 1926 with the discovery of a dog infected with T. cruzi. Mazza took on extensive studies of the disease’s insect vectors, hosts, epidemiology, and pathogeny, as well as showing that Chagas was truly an epidemic of Argentina. Mazza’s student, Cecilio Roma’a, strongly contributed to these studies with the detection of a symptom that could easily lead to the diagnosis of the disease: edema in the eyelids. This swelling would come to be known as “chagoma” and “Romana’s sign” and is instrumental in the diagnosis of the disease.

The efforts of these researchers and many others have advanced the study of Chagas disease to drastically improve diagnosis, treatment, and general understanding of the disease and T. cruzi. Going forward, however, a more widespread, cohesive movement to tackle its problems and questions is necessary.